Hospital antibiotics and pharmaceutical medicine have become one of the most over-prescribed “medicines” today. As a result, people have ruined their digestive systems, are dependent on chemical pills and ironically, have lowered their natural immunity to all types of infections in the future.

Get rid of infections without the digestive destruction and stop the socially accepted pill addiction, with these powerful natural antibiotics. 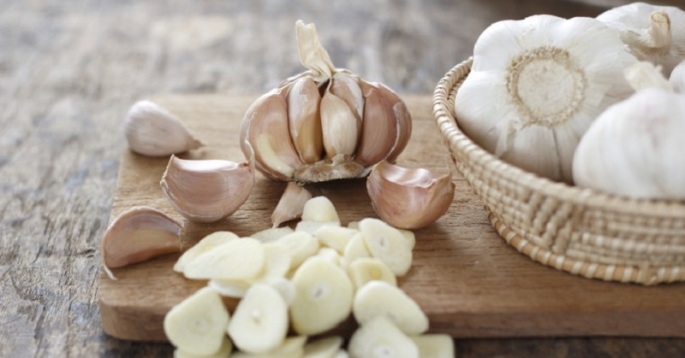 The health benefits of garlic have been touted for centuries, used commonly for keeping flu and colds away but its wide spread health properties makes it a super-herb to fight off most unwanted bacteria, infections and promoting longevity.

Garlic possesses potent antibiotic, antiviral, antifungal, and antimicrobial properties and is able to help protect and facilitate removal of unfriendly bacteria. It is also very high in natural antioxidants that destroy free radicals, which also supports a strong immune system. Its been used to fight cancer, diabetes, blood pressure issues, heart disease and MRSA, just to name a few and the list goes on.

The active ingredient in garlic, allicin, is the key component to killing and warding off harmful bacteria. Crush it to activate these compounds, and eat it raw, in a warm tea or in lightly cooked food.

Colloidal silver has been known as an effective antibiotic for centuries. In the early 1900s, Alfred Searle, founder of the Searle pharmaceutical company, discovered that it could kill the most deadly pathogens.

Searle stated that applying colloidal silver to human subjects has been done in a large number of cases with astonishing results. The main advantage was that it was rapidly fatal to microbes without toxic action on its host.

Recent research has also stated that colloidal silver can destroy antibiotic resistant microbes like MRSA, the bird flu, and SARS.

The oil of oregano is taken by mouth for intestinal parasites, allergies, sinus pain, arthritis, cold and flu, swine flu, earaches, and fatigue. It is applied to the skin for skin conditions including acne, oily skin, warts, and psoriasis; as well as for insect and spider bites, gum disease, toothaches, muscle pain, and varicose veins. Oregano oil is also used topically as an insect repellent.

Oregano takes care of pathogenic bacteria without disrupting beneficial bacteria. It is also antiviral and antifungal which makes it a powerful, natural antibiotic with a three-in-one combination that rivals pharmaceuticals while not encouraging antibiotic resistance.

The key antimicrobial ingredient in oregano is carvacrol. You should ensure that your source is at least 70 percent carvacrol content in order to be effective.

Echinacea is a native North American coneflower that was discovered and used as a traditional herbal remedy for more than 400 years by the Great Plains Indian tribes. Technically classified as an herb, several species of the Echinacea plant are used to make medicine from its flowers, leaves and roots.

Echinacea has been used to treat a wide variety of infections for hundreds of years. Traditionally, it was used to treat open wounds, diphtheria, blood poisoning, and other bacterial related illnesses.

Today, this potent herb is used for colds and flu, due to its ability to destroy the most dangerous forms of bacteria such as staphylococcus aureus, which causes deadly MRSA as well as fighting cancer, boosting immune system and as a pain reliever.

Manuka honey, produced in New Zealand by bees that pollinate the Manuka bush, is one of the most unique and beneficial forms of honey in the world. There are many Manuka honey uses that range from healing sore throats and digestive illnesses, to curing MRSA infections, flesh-eating bacteria and gingivitis.

Historically honey has been used for medicinal purposes dating back thousands of years. Seeing that it is one of nature’s richest antimicrobial sources, it shouldn’t surprise us to hear that many archeologists claim that while excavating the tombs of Egyptian royals from thousands of years ago, they discovered unspoiled honey in pots! (1)

It was also found that the treated bacteria did not build up any resistance, which would eventually render manuka honey ineffective.

Thousands of years ago, ancient civilizations used propolis for its medicinal properties. Greeks used it to treat abscesses. Assyrians put it on wounds and tumors to fight infection and help the healing process. Egyptians used it to embalm mummies.

Researchers have identified more than 300 compounds in propolis. The majority of these compounds are forms of polyphenols. Polyphenols are antioxidants that fight disease and damage in the body.

Turmeric (Curcuma longa), the main spice in the Indian dish curry, is arguably the most powerful herb on the planet at fighting and potentially reversing disease. It has so many healing properties that currently there are over 10,000 peer-reviewed articles published proving turmeric benefits, especially one of its renowned healing compounds, curcumin.

Although the list is much longer, the selected 12 conditions and their treatments make drugs pale in comparison to turmeric extracts, in potentially reversing disease. Keep in mind that one of the most powerful advantages curcumin has over the traditional medical approach is the lack of side effects.

If you have a certain disease or diagnose you should listen to your doctors’ recommendation.

Look over your diet and try to use more of these ingredients in your daily intake. The lists of benefits and health properties from these natural sources are long and will keep you from annoying colds, stubborn infections, viral attacks and overall prime health.

The natural medicine in nature is not to be overlooked, it has very few side effects and are very powerful, if you make sure to get more of this and less sugar and unhealthy things in your body, the chances that you get sick and need chemical medicine are very low.

Don’t forget that the pharmaceutical industry is one of the most profitable schemes in the world, its business plan is for you to stay sick but with less or no symptoms so you keep buying their stuff… nature has no monetary incentive – Think about that for a few minutes.