The use of social networking sites such as Facebook, Twitter, Instagram, and Tinder has become the cornerstone of modern communication and connection as it allows users to create a sense of belonging and redefine their way of being. Despite the many positive benefits and impacts of these sites, the recent Cambridge Analytica scandal has reignited discussions about the place of social media and social networking sites in our lives.

From a mental health perspective, concerns have been raised about the negative impact of excessive use of social networking sites on the health and wellbeing of users, especially that of young people, who are enthusiastic users of this technology. In 2011, a team of academics where to systematically review the scientific literature on excessive social media use. Although there were few studies at the time, they did find that for a small minority of individuals there was a significant detrimental effect on many aspects of their life, including their real life relationships and academic achievement among those still in education. We argued that such signs are indicative of addiction.

Over the past five years there has been a proliferation of studies assessing how excessive social media use can impact negatively on health. In a recently performed study which again reviewed the latest research on the topic and showed that social media use for a minority of individuals is associated with a number of psychological problems, including anxiety, depression, loneliness, Attention Deficit Hyperactivity Disorder, and addiction. Because social media is most frequently accessed via smartphones, their usage is intimately intertwined and their mobile nature contributes to excessive checking habits, which often derives from what is commonly labelled as the ‘fear of missing out’ or FOMO.

If you want to check whether you may be at risk of developing an addiction to social media, ask yourselves these six simple questions:

If the answer to all of these questions is “yes,” then you may have or be developing an addiction to using social media. However, the only way this can be confirmed is through a diagnosis from a clinical psychologist or a psychiatrist.

If you answered “yes” to a few of these questions, it is more likely that you are a habitual social media user and that what you should do is engage in ‘digital detox’ strategies that simply allow you to reduce the amount of time spent on social media. This can include simple steps, such as turning off sound notifications and only allowing yourself to check your smartphone once an hour. Other simple steps include having periods in the day where there is self-imposed non-screen time (such as during meal times) and leaving your smartphone in a separate room from where you sleep (just so you don’t get the urge to check social media before bedtime, during the night, and when you wake up). 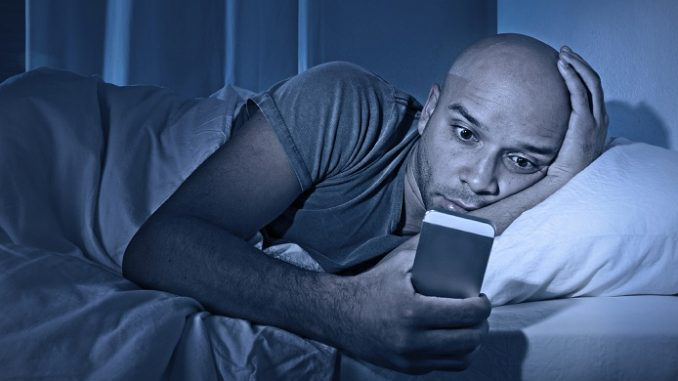 At a societal level, steps need to be taken by governments or organizations to help minimize and (in some cases) prohibit the use of mobile devices. Some such steps are in place in many countries, such as the banning of smartphone use while driving. Given the loss of productivity in both the workplace and educational settings, employers, schools, and colleges need policies in place to ensure that individuals are focused on what they should be doing. Many schools ban the use of smartphones in the classroom. Prohibition in other contexts such as workplace settings may also be justified if it is practical to do so. Some restaurants are now providing discounts on food bills if customers refrain from using their smartphones during their meal. These positive reinforcement strategies may well be the way forward in trying to decrease time spent on smartphones checking social media.

Digital literacy and awareness of the effects of excessive social media use need to be embedded with work and educational settings. More controversially, social media operators (such as Facebook) could start using their behavioral data to identify excessive users and provide strategies to limit time spent on their products. This is already being used in the online gambling industry and could easily be applied by social networking sites.

For the small number of individuals that are genuinely addicted to social media use, treatment is warranted. However, the goal of treatment for this type of addiction (unlike many other addictions) should be controlled use rather than total abstinence, as it is not feasible to stop someone from using devices that have Internet access (i.e., their smartphone). The most successful type of treatment for online addictions appears to be cognitive behavioral therapy (which is a talk therapy designed to help people change the way they think and behave), although there are relatively few published studies examining its efficacy in relation to internet addictions. Other more specific ways of how to treat individuals with excessive and addictive Internet use, including social media use, have also been outlined elsewhere.

Social media addiction is no different from other addictions, drugs, alcohol, food, shopping and over-consumption in general. Its just another stimulus people use to try to fill an empty void inside, which is another topic in itself. Both social media and alcohol is not harmful when used in moderation, the important thing is to be honest with ourselves and take a look on how much we actually use it and possibly to something about it.

One thought on “Social media addiction”